For the public’s safety, the GLAAC board has decided to host the 2020 Astronomy at the Beach event as an online / virtual event this year.

This year, we will have a selection of recorded presentations about astronomy and space science, as well as remote telescope viewing, and live presentations by local astronomers!

Brother Guy Consolmagno SJ is Director of the the Vatican Observatory and President of the Vatican Observatory Foundation. A native of Detroit, Michigan, he earned undergraduate and masters’ degrees from MIT, and a Ph. D. in Planetary Science from the University of Arizona; he was a postdoctoral research fellow at Harvard and MIT, served in the US Peace Corps (Kenya), and taught university physics at Lafayette College before entering the Jesuits in 1989.

Along with more than 200 scientific publications, he is the author of a number of popular books including Turn Left at Orion (with Dan Davis), and most recently Would You Baptize an Extraterrestial? (with Father Paul Mueller, SJ).

David H. Levy is one of the most successful comet discoverers in history. He has discovered 22 comets, nine of them using his own backyard telescopes. With Eugene and Carolyn Shoemaker at the Palomar Observatory in California he discovered Shoemaker-Levy 9, the comet that collided with Jupiter in 1994. That episode produced the most spectacular explosions ever witnessed in the solar system. Levy is currently involved with the Jarnac Comet Survey, which is based at the Jarnac Observatory in Vail, Arizona but which has telescopes planned for locations around the world. 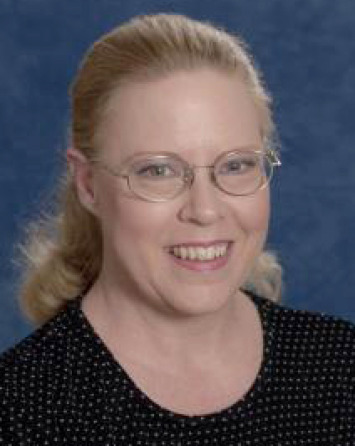 Dolores Hill, a former resident of Michigan, is a meteorite specialist at the University of Arizona Lunar and Planetary Lab, is now also a public outreach specialist with NASA’s OSIRIS Rex mission to asteroid Bennu operated by LPL. The goal of OSIRIS-REx is to collect a sample of Bennu in mid-2020, and return it to Earth in late 2023. Bennu turned out to be rockier than anticipated, but mission planners have now identified four sites on its surface that are smooth enough for OSIRIS-REx to collect a sample. Dolores will fill us in on the latest news about the sites chosen to be sampled, and what we’ve learned so far about this fascinating little neighbor of ours in space.

See what happens at Astronomy at the Beach:

Information and Photos from Previous Years

Countdown to Astronomy at the Beach

2020 Astronomy at the Beach Schedule

Tonight and tomorrow, you can use the Big Dipper’s “pointer stars” (which point to the north star) backwards to point at the comet instead! ... See MoreSee Less

For how many more days will you be able to see neowise?

Whether you've seen Comet NEOWISE yet or not, this is a great article on how to do it. There are only days left with it being naked-eye bright! Whatever you do, don't miss it. ... See MoreSee Less

How to See Comet Neowise Before It’s Gone

The comet will make its closest approach to Earth on Thursday before it fades into black. Here's how you can catch a glimpse.
View on Facebook
·Share

Did you attend Astronomy at the Beach this weekend? Want to give us feedback? Visit glaac.org/survey and let us know what you think! ... See MoreSee Less

Astronomy At The Beach 2019 Survey

Thank you for joining us at our 2019 event! We hope you had a lot of fun sharing the night sky with us! We want to hear your feedback so we can keep improving our logistics and content. Please fill this quick survey and let us know your thoughts.
View on Facebook
·Share